Thomas Hawksley was born on 12th July 1807 at Arnot Hill House Arnold Nottingham, to parents John Hawksley (1765-1815) and Sarah Thompson. John was a worsted woollen manufacture who, along with Robert Davison, co-owned the mill in Arnold; which at the time was the largest worsted woollen mill in the country. The mill engine’s cooling pond is now the ornamental lake, which is situated in front of Arnot Hill House. John Hawksley was previously married to Sarah Arnold, a doctor’s daughter from Leicester, but their marriage failed and in time Sarah returned back to Leicester. It is unclear whether or not John and Sarah Thompson ever married, but it is known that between them they had six children, four of whom survived. In 1810, the family moved from Arnold to Sneinton following the collapse of John Hawksleys business, mainly due to national economic pressures at that time. It was said that John would use the steam engine at his mill to grind corn; this was then handed to the Corporation and sold to the poorer people of Nottingham at a vastly reduced price.

Educated at Nottingham Grammar School, Hawksley studyed under Dr Wood until the age of 15. He then apprenticed with a local firm of architects and engineers, training under the supervision of architect Edward Staveley. Rising rapidly through the ranks, he soon became a partner of the firm. Hawksley continued to maintain contact with the grammar school for many years, frequently providing its students with scholarships and prizes.

At the age of 23, Hawksley was appointed as an engineer to the Trent Water Company. He undertook construction of a new pumping station adjoining Trent Bridge on behalf of the Trent Waterworks Company (Trent Bridge Pumping Station, c1896, right). This was ground breaking engineering achievement. Although water was obtained from the River Trent, it was not direct. Hawksley had devised a system of filtration through natural beds of sand and gravel; this was then pumped by a cylinder steam engine through a 15 inch main pipe, which in turn led to a reservoir which was situated nearby on Park Row, close to the General Hospital. The pipes that distributed the water were kept under constant pressure, so that water could be drawn from taps both day and night. Hawksleys design had eliminated leakage, with the availability for a constant supply of fresh water.

The work was completed in 1831, and in early 1832, Hawksley personally turned on the tap which supplied water under pressure twenty four hours a day to the many streets of Nottingham, so that at any hour, the people of the city could fill their pails with clean fresh water. Incredibly, it improved the standard of public health so much in Nottingham, that the National Cholera outbreak of 1848 was avoided. In 1831 Thomas Hawksley married Phillis; the daughter of Francis Wright of Nottingham. The couple had several children, one of whom Charles, also went on to become an eminent engineer. Phillis died in 1854 and in 1855 Hawksley re-married Eliza Litt. In 1845 the Nottingham Water Company was formed, with Hawksley appointed its engineer. In 1850 he built Park Works, which was situated on The Ropewalk Nottingham, sinking a 7 ft diameter borehole some 76 metres deep into the Bunter Sandstone aquifer, a rock on which so much of Nottinghamshire stands. 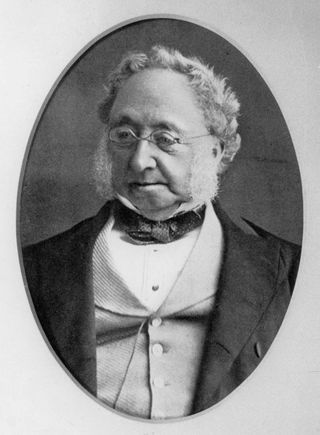 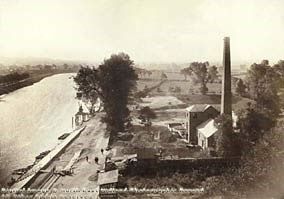 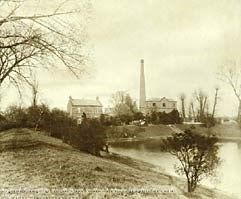 Hawksley was also a Gas Engineer and was responsible for building Basford, Eastcroft and Radford Gasworks, as well as numerous other Gasworks in various cities around the country. He was to achieve national fame in 1944, whilst attending a public inquiry into the state of public health in towns. Facing fierce opposition from some of his fellow engineers, Hawksley forcibly argued for social reform, and for the provision of his innovation of a clean constant supply of fresh water to be made available to everyone. He then went on to take his own town’s council and the slum landlords of Nottingham through a Parliamentary enclosure bill; this then allowed common land to be used to replace the squalid back to back slums with much more appropriate housing. Nottingham was the first of more than 30 British towns and several places abroad including Bombay, to benefit from Hawksleys genius.

Hawksley was examined by the Royal Commissioners (1844-1845) for inquiring into the state of large towns and populous districts. He explained how his system of a constant supply of water could be adapted for hosing the streets, for fire-plugs and fire engines, and for public baths and wash-houses. He also advised on the use of sewage as a form of liquid manure and the cultivation of market gardens. He advised the commissioners too on the provision of gas, and on the general organisation of public services. Hawksley clearly grasped the enormity of Nottingham's social problems, which was illustrated by his attitude to enclosure and mortality. Indeed, Hawksley was the first civil engineer to grasp the enormous problems of urban living, in an ever increasing industrial society and in turn, he applied his talent almost exclusively to them.

In 1852, Hawksley left Nottingham for London, setting up his own engineering practice in Westminster, later taking his son Charles into the practice in 1866. He was the first President of the Institution of Gas Engineers and Managers, a position which he held for three years, and he was also President of the Institution of Civil Engineers in 1871, a post which in 1901, his son Charles was also to hold. Between 1869 and 1879 Hawksley acted as a consultant on the construction of Lindley Wood, Swinsty and Fewston Reservoirs on behalf of Leeds Waterworks Company. In 1876 and again in 1877-78 he is credited with the first two uses of pressure grouting in order to control water leakage under an embankment dam. This procedure of rock grouting is now a standard practice in dam construction; it was an invention of great importance.

Thomas Hawksley was indeed a genius beyond his time and undoubtedly has saved the lives of many. On Saturday 23rd September 1893, aged 86 years, Thomas Hawksley died at his home, 14 Phillimore Gardens Kensington London; he is buried in the family plot at Brookwood Cemetery, Surrey. A memorial to commemorate the incredible life and achievements of Thomas Hawksley now stands in the grounds of the Arnold home where he was born, Arnot Hill Park. 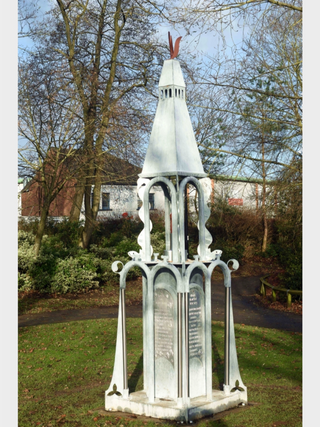 Sandra, we contacted Bonington House about the trophy you refer to but unfortunately have been unable to locate it, if you could provide more information, we may be able to look into it further. Lynne

Hi Sandra, we will look into this for you and post a reply on this site as soon as we have any information. Lynne

Hello TimA picture is now on gallery page requested pictures. The exhibition in Arnold library is about Front Street